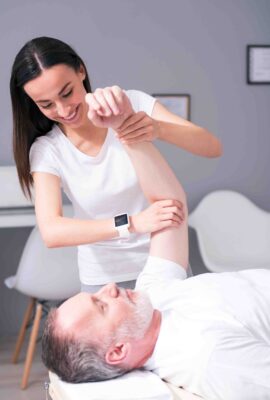 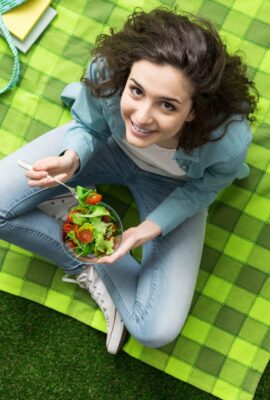 The Euganean Baths are the largest, most important, and oldest spa in Europe specializing in the treatment of mud-balneo-thermal therapy. The only spa product for which a European patent has been recognized. Tradition has it that the Euganean thermal mud was already used in Roman times. A millenary spa tradition that merges with the ancient cult of Aponus, god of thermal water and healing virtues, hence the name of the city of Abano. In fact, archaeological finds are visible that attest to the presence of a Roman spa center both in Abano and in Montegrotto. The Pietro d’Abano Thermal Studies Center, in collaboration with institutions such as the University of Padua or the Mario Negri Sud Institute, conducted a study of over 30 years to scientifically demonstrate the beneficial properties of the muds of the Euganean Thermal Basin. In 2005, for example, equal effectiveness in reducing inflammation was demonstrated between the therapy based on mature mud of Abano Montegrotto and drug therapies based on NSAIDs, but without side effects to the detriment of the gastrointestinal system. The anti-inflammatory capacity of the Euganean thermal mud, due to the presence of particular microorganisms such as the cyanobacterium Phormidium SP ETS05 (from Euganean Thermal Spring) – deposited at the Pasteur Institute in Paris – after 30 years of studies, obtained in 2010 in Italy (patent no. ° 0001355006) and in 2013 in Europe (patent n ° 1571203), the registration of a European patent, unique of its kind, which justifies its classification as a natural drug. The Mature Mud D.O.C. (“Fango D.O.C. Thermae Abano Montegrotto – Veneto Region”) which certifies the quality of the mud, is granted to all those thermal companies that follow precise criteria in the maturation of the Euganean thermal mud,

The waters of the thermal basin of Abano and Montegrotto Terme belong to the category of deep underground waters and are classified from a chemical point of view as hyperthermal saltbromine- iodine with a fixed residue at 180 ° of 6 g / l of dissolved salts.

origins of the waters

“Kinesi” means movement. Physiokinesitherapy (FKT) is the practice that deals with the patient’s motor rehabilitation with the aim of stimulating the nervous system, strengthening the muscles to make them active and elastic again, and has no contraindications.

Any traumatic event can be approached with FKT, be it orthopedic, such as neck pain, fracture, or low back pain, rather than neurological, such as the outcome of a stroke or cerebral palsy. The ftk is used in case of diseases, acute and chronic pain, and traumas of various kinds such as fractures, dislocations, sprains, coxalgia, tendinitis, neck pain, back pain, periarthritis, whiplash. It improves the functionality of the respiratory, circulatory and metabolism systems.

It is useful for muscle tension and as some studies show, even in pregnancy during the period of preparation for childbirth. The treatment protocols are always personalized and physiokinesitherapy is often assisted by other rehabilitation therapies such as osteopathy and hydrokinesitherapy, as well as by instrumental therapies such as tecartherapy, laser therapy, magnetotherapy. It is recommended to combine it with stretching exercises and deconracturing manipulations.

Hydrokinesitherapy is a physiotherapy technique that uses water as a therapeutic tool to activate metabolic processes, improve muscle movements and reduce pain. The temperature and composition of then water play a fundamental role.

The thermal waters of the Euganean Basin gush out at a temperature of 87 ° and are used at a temperature of 35 °, have anti-inflammatory properties which means, in a nutshell, that allow you to recover movements very quickly and with a noticeable lesser perception of the physical pain of movement. It is a rehabilitation program aimed at patients who have motor disorders, with minor or major disabilities, and must be carried out with qualified personnel with specific training.

The frenetic pace of everyday life leads us to create a strong psychophysical imbalance and consequently, without us realizing it, our well-being is reduced more and more. The air we breathe, the water we drink, and the foods we ingest, on the one hand, are essential for our nutrition, on the other hand, they cause intoxication and intolerance.

Stress and irregular sleep aggravate the situation and our body progressively weakens. During the change of season, the temperature range can put a strain on our immune system stressed to sudden climatic variations between day and night. Viruses and bacteria are always lurking and it is good not to be caught unprepared. A good quality of sleep, with a regular sleep-wake rhythm, will certainly make the immune system more efficient. Following a balanced diet rich in detoxifying herbal teas, vitamins, and mineral salts will be of great help to the immune system. If we combine moderate sporting activity, in the sweating phase we help our body to expel accumulated toxins.

A stay at the spa every six months helps to expel toxins. Over 2000 years ago, the ancient Romans discovered the healing properties of thermal waters which have always been a place to regain physical and mental form, often enriched and enhanced with detoxifying diets and natural herbal teas.

Fibromyalgia (FM) is a chronic and systemic syndrome, it is defined as a rheumatic pathology of an extra-articular nature. FM affects the connective tissue of the whole body, in particular, those structures made up of fibers: muscles, tendons, and nerves, and the repercussions are also had under the cognitive and neurological profile. It is estimated that about 2 million people, mostly women, suffer from it in Italy.

Fibromyalgian causes widespread acute and burning pain, similar to stabbing, or deep and continuous pain, sometimes it is an alternation of both forms of suffering and lasts for at least two or three continuous months. It is a highly disabling disease as all the quadrants of the body are involved but at the moment it is not a pathology recognized by our health system and it is difficult to ascertain.

In fact, the exact causes leading to the development of FM are unclear. What is known is that there are several predisposing factors that can contribute to the pathogenesis of the disease and its painful symptoms. Arriving at the diagnosis of fibromyalgia, which allows you to group all the symptoms under a single common denominator, is not automatic because it is a multifactorial
disease and involves many organs and muscles.

To arrive at a diagnosis it is advisable to go to a rheumatologist who will first carry out palpation of the tender points to check if they are suffering. This objective analysis is essential to understand if we are facing a fibromyalgia syndrome because it allows for eliminating almost all other possible causes. It is also important to evaluate the patient’s general health and carry out blood tests to analyze both the composition of the blood and detect the presence of a possible rheumatoid factor or thyroid dysfunction. Once we proceed by elimination and thanks to the
tender points technique, it is finally possible to reach a certain diagnosis of fibromyalgia. A definitive cure for Fibromyalgia has not yet been found, however, treatment paths can be followed to relieve and temporarily suspend pain for a few months, giving great relief to those who suffer from it.

Massage Therapy: All you need to know